Former State Senator Carolyn Allen, a consistent and vocal arts advocate during her 16-year tenure in the Arizona legislature, and Bill Sheppard, an attorney with Gammage and Burnham whose service on arts boards stretches over a quarter of a century, were selected as co-winners of the annual award. The Shelley Award, presented to an Arizona individual who has advanced the arts through strategic and innovative work in creating or supporting public policy beneficial to the arts in Arizona, is named for Shelley Cohn, who spent more than 25 years as executive director of the Arizona Commission on the Arts.

Allen and Sheppard will be recognized along with honorees in six categories at the 30th Anniversary Governor’s Arts Awards. 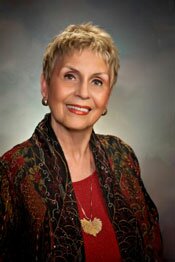 As a Republican legislator from Scottsdale, Allen consistently refused to vote for the state budget when it did not include arts funds. She retired in 2010. In 2006, she led the effort to ensure completion of the Arizona ArtShare endowment fund to fulfill the state’s promise of $20 million in total, funds that were swept during last year’s legislative session. In 2007, Allen received the State Arts Leadership Award from Americans for the Arts for her advocacy.

Among her many additional accolades, Allen was named Scottsdale Woman of the Year by the Women of Scottsdale in 2004 and Legislator of the Year, State Senate, by the Arizona Chamber of Commerce in 2003. 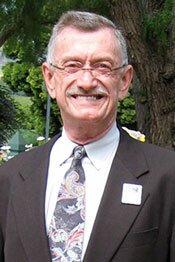 He served on the Arizona Theatre Company (ATC) Board of Trustees from 1986-1997 and from 1999-2005, serving as chairman from 1995-1997 and as Honorary Co-Chair of the ATC Gala in 1999. He has been a Trustee Emeritus since 2007. Sheppard was a member of the Phoenix Arts Commission (now the Phoenix Office of Arts and Culture) from 1995 to 2001 serving as Chair of the Grants Committee and Advocacy Committee and as both Vice Chair and Chair of the Commission.

A board member of Arizona Citizens for the Arts from 2002 to 2010, he was Chair of Arizona Action for the Arts for two years. He also was a member of the Arizona Commission on the Arts from 2003 to 2009. Sheppard has received the AriZoni Theatre Award for Distinguished Service, the Spirit of Philanthropy Award from the National Society of Fund Raising Executives for his work for ATC and that organization’s Georgy Award. He also received the 2006 Arts Advocate of the Year Award from the Arts & Business Council of Greater Phoenix.

Sheppard is a season ticket holder at Arizona Theatre Company and Actors Theater and a dedicated Arizona Cardinal fan.